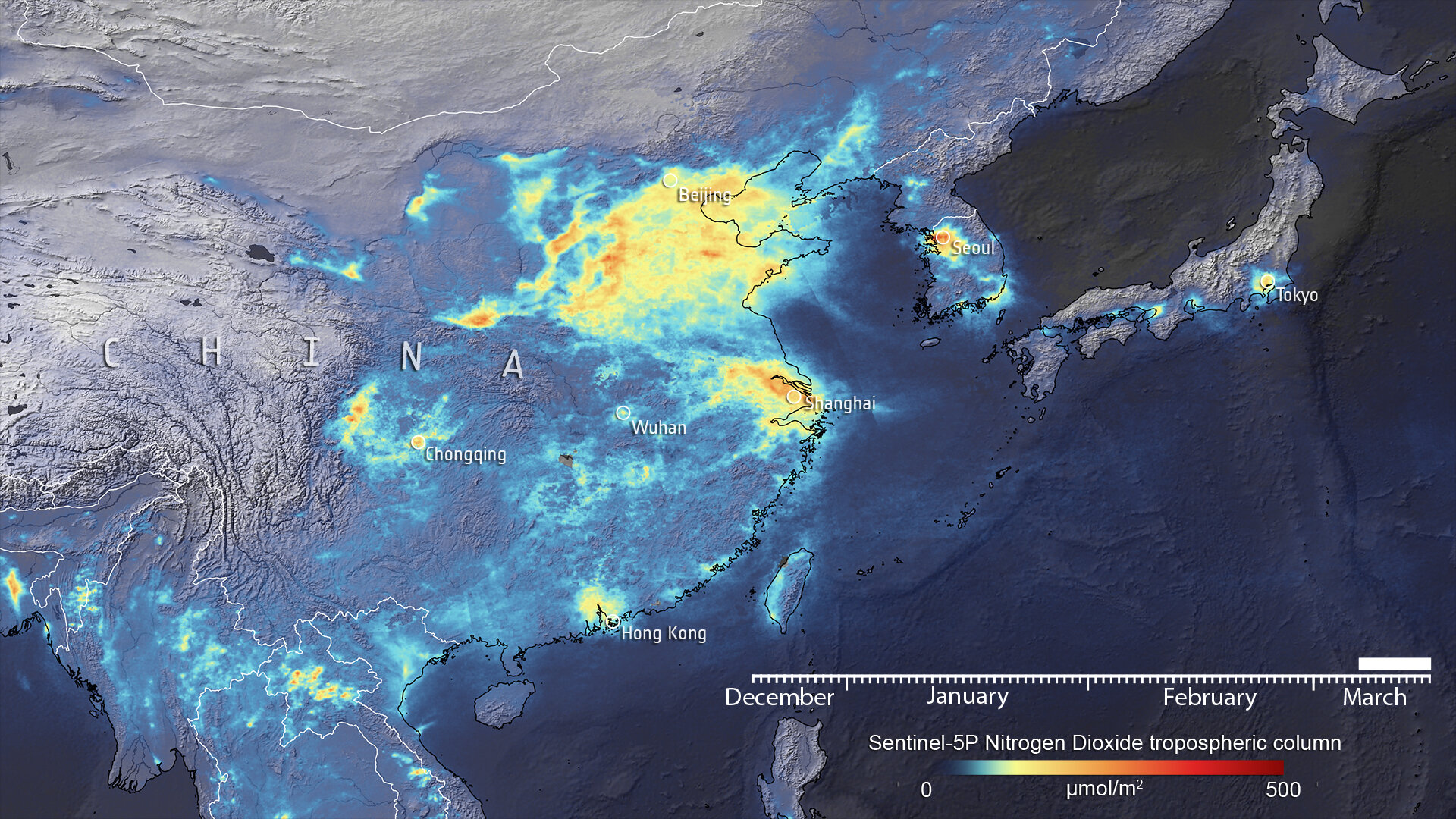 While greenhouse gas emissions plummeted as the world locked down in response to the coronavirus pandemic, such dips will do “nothing” to slow climate change unless society moves away from fossil fuels, researchers have found.

On March 11, 2020, the World Health Organization declared the novel coronavirus disease, COVID-19, a pandemic, which it remains today. To slow the spread of the virus, countries around the world began implementing lockdown measures that limited travel and closed down factories and businesses. In turn, Earth-orbiting satellites saw a dramatic decrease in greenhouse gas emissions.

However, according to an international study led by the University of Leeds, unless large-scale, structural interventions — like a significant switch away from fossil fuels — are implemented, these changes will not affect Earth’s climate. In fact, the researchers found, even if lockdown measures continue in some fashion around the world until the end of 2021, more than a year and half total, global temperatures will only be roughly 0.018 degrees Fahrenheit (0.01 degrees Celsius) lower than expected by 2030.

Related: New climate study shows that we need to be patient

“Lockdown showed that we can change and change fast, but it also showed the limits of behavior change,” Piers Forster, study co-author and director of the Priestley International Center for Climate at Britain’s University of Leeds, told AFP.

“Without underlying structural change we won’t make it,” he said, referring to climate goals.

Climate work to do

Scientists have identified a temperature rise to “well below” 3.6 degrees F (2 degrees C) above levels before the Industrial Revolution as a major climate target. Some countries are striving to keep temperature rise smaller, below 2.7 degrees F (1.5 degrees C). However, according to these researchers, this goal will be difficult to reach.

“If I’m brutally honest, the world is unlikely to decarbonize at the rates required for 1.5 C, but getting anywhere close will make our children’s future better,” Forster said.

To see exactly how lockdown has affected emissions and climate in the long term, the researchers used open-source data to calculate exactly how the emission levels of 10 different greenhouse gases and air pollutants changed between February and June 2020 in over 120 countries. During those four months, the scientists found that production of pollutants including carbon dioxide and nitrogen oxides dropped by between 10% and 30%, a significant decrease.

However, the researchers found that the temporary emissions drop alone wouldn’t have a significant impact on climate because these lockdown efforts are temporary, as opposed to larger, long-term structural changes.

“The fall in emissions we experienced during COVID-19 is temporary and therefore it will do nothing to slow down climate change,” co-author Corinne Le Quere from the University of East Anglia said in the same statement.

In addition to measuring the effects of this temporary lockdown, the researchers also modeled how climate would be impacted if, after this lockdown period, larger changes like reduced use of fossil fuels were implemented around the world. The team highlighted that significant, government-led changes to reduce fossil fuel use would have a lasting, positive effect on climate.

The scientists found that if invested 1.2% of gross domestic product in low-carbon technology post-lockdown, they could cut their emissions in half by 2030 compared with if countries continued to rely on fossil fuels as they do post-lockdown.

“The government responses could be a turning point if they focus on a green recovery, helping to avoid severe impacts from climate change,” Le Quere said.

This work was published Aug. 6 in the journal Nature Climate Change.

All products recommended by Engadget are selected by our editorial team, independent of our parent...
Read more

Scientists peer within Mars to measure layers of Pink Planet

NASA astronauts Bob Behnken and Doug Hurley returned from orbit with their senses of humor intact. NASA astronauts made a prank call! The duo splashed down...
Read more
Space

The first U.S. commercial spacecraft to launch astronauts into Earth orbit and then return them home safely could land in the Smithsonian —...
Read more

Here are some of the best earphones under $1000 that you can get in 2020! These earphones has the beautiful design, great...
Read more
Entertainment technology

Sony once again made a blast after they announced PS5 is coming this year. Gamers, all around the world waiting for...
Read more
Technology