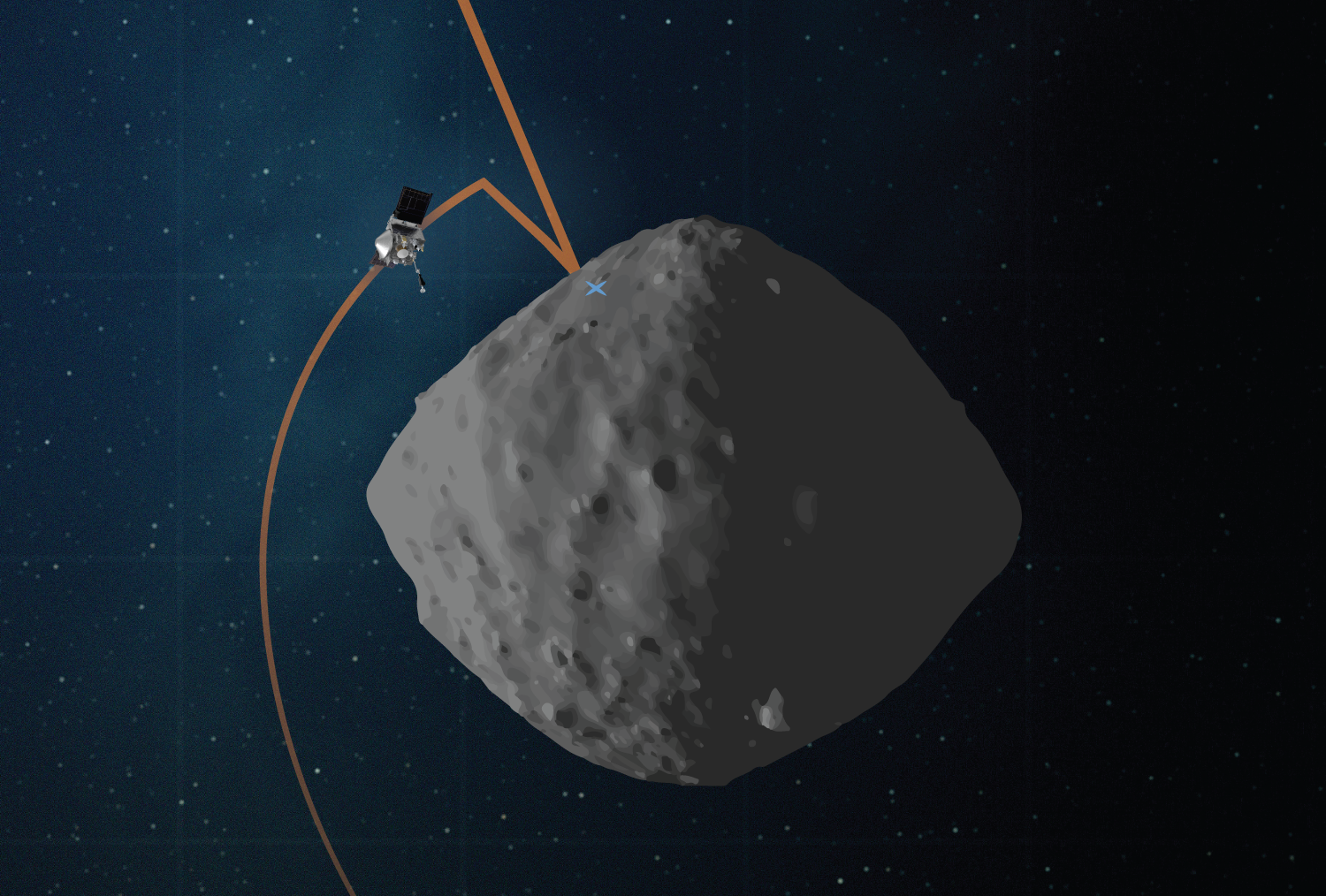 NASA’s OSIRIS-Rex spacecraft is preparing for its final rehearsal before touching down on asteroid Bennu this fall to snag a piece of space rock.

OSIRIS-REx, which has been orbiting Bennu since 2018, is NASA’s first asteroid-sampling spacecraft. The probe is scheduled to practice its touchdown sequence for a second time on Tuesday, Aug. 11.

During the practice session, the spacecraft will rehearse the touch-and-go sample-collection event, similar to the mission’s April 14 checkpoint rehearsal, which practiced the first two maneuvers of the descent. But this time, the spacecraft will add a third maneuver, called the matchpoint burn, and fly closer to the sample site, known as Nightingale, than it has before.

As part of the matchpoint burn, OSIRIS-REx will fly in tandem with Bennu’s rotation for the first time. This rehearsal provides the team with another opportunity to practice navigating the spacecraft through the descent maneuvers, as well as to test the spacecraft’s imaging, navigation and ranging systems, according to a statement from NASA.

During the Aug. 11 rehearsal, the $800 million OSIRIS-REx (Origins-Spectral Interpretation-Resource Identification-Security-Regolith Explorer) mission will perform several different activities. Traveling at an average speed of 0.2 mph (0.3 kph), the spacecraft will fire its thrusters three separate times during its decent to the asteroid’s surface. The first will pull the spacecraft out of its 0.6-mile-high (1 kilometer) orbit around Bennu.

Other milestones in the rehearsal include extending the spacecraft’s robotic sampling arm, collecting images for its autonomous navigation system, and moving its solar panels into position away from the asteroid’s surface.

When OSIRIS-REx reaches an altitude of 410 feet (125 meters), it will perform the checkpoint burn and descend quickly toward Bennu’s surface for about eight minutes. When the spacecraft is 164 feet (50 m) above the asteroid, it will fire its thrusters a third time to execute the matchpoint burn, slowing its rate of descent and aligning with Bennu’s rotation.

OSIRIS-REx will reach an altitude of only 131 feet (40 m) above the sample site — its closest approach yet — before heading back to orbit with a back-away burn, according to the statement.

Assuming the rehearsal goes smoothly, OSIRIS-REx will remain in its orbit around Bennu until it travels all the way to the asteroid’s surface during its first sample collection attempt on Oct. 20. The samples are expected to be returned to Earth on Sept. 24, 2023.

‘Doom Everlasting’ is getting a unfastened next-gen improve

Thirty thousand years ago, a dead star on the other side of the Milky Way belched out a powerful mixture of radio and...
Read more

Virgin Galactic passengers will have to wait until at least 2021 for the first flight opportunities.  Before passengers climb aboard the suborbital spaceplane SpaceShipTwo, the space...
Read more

Today, we're giving you another chance to have your astronomical questions replied through astrophysicist Joe Pesce.  Not long ago, Dr. Joe...
Read more
Space

The brightest planets in August’s night sky: How to see them (and when)

Step outside anytime this month just before the stroke of midnight and you’ll be able to see three bright naked-eye planets.  Jupiter and...
Read more

Some of the best smart devices that Apple and Samsung had to offer in 2020, are in the market.
Read more
Entertainment technology

Penguins are perhaps good at hiding from people; however, they cannot cover their poop from the large satellites circling our planet.   New imagery revealed penguin poop stains on...
Read more