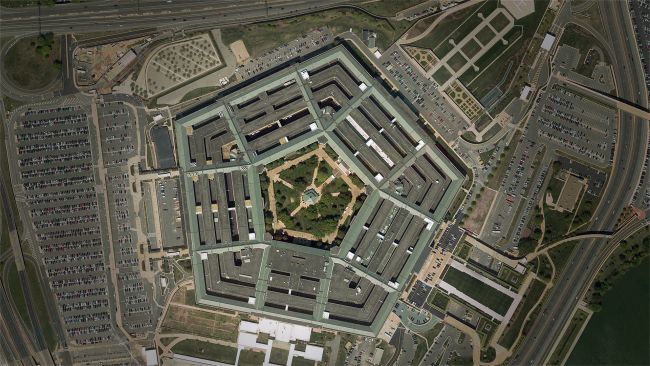 The U.S. government’s search for unidentified flying objects (UFOs) is ongoing, and is part of a program called the Unidentified Aerial Phenomenon Task Force (UAPTF) that operates under the U.S. Office of Naval Intelligence, according to recent Senate committee reports.

This agency appears to have assumed the responsibilities of another UFO-hunting Pentagon group that was purportedly disbanded in 2012; UAPTF’s findings could be made public within the next six months, The New York Times reported on July 23.

While the results of UAPTF’s investigations are classified (for now, at least), a briefing delivered to Defense Department representatives in March by a former consultant for the UFO program mentioned retrievals from “off-world vehicles not made on this earth,” the Times reported. Despite this claim, any evidence of alleged extraterrestrial technology has yet to be produced, according to the Times.

UFOs, also sometimes called unidentified aerial phenomena (UAP), are objects that can’t be easily explained. The primary goal of military agencies investigating UFOs is not to find intelligent aliens, but to determine whether or not these mysterious objects pose a threat to national security.

Pioneering programs such as the Air Force’s Project Blue Book and the National Investigations Committee on Aerial Phenomena (NICAP) have focused on UFO appearances in the U.S. from the 1950s into the 1980s, while the Pentagon’s Advanced Aerospace Threat Identification Program (AATIP) formed in 2007 and allegedly ceased operations in 2012 when its budget was withdrawn, Live Science previously reported.

But the Pentagon’s search for UFOs didn’t end in 2012, after all. Representatives with the Department of Defense recently confirmed that UFO-hunting was still active in 2017 and continues to this day under UAPTF, according to the Times.

The U.S. Senate intelligence committee addressed the activities of UAPTF in June, in their Intelligence Authorization Act for Fiscal Year 2021; this brought the shadowy UFO-investigating agency into public view, the Times says. The committee’s bill seeks to regulate the tracking, organization and accessibility of UFO-related information gathered by the task force. This would include the release of a public report “submitted in unclassified form” within 180 days of the  bill’s enactment, Live Science reported.

Today, we're giving you another chance to have your astronomical questions replied through astrophysicist Joe Pesce.  Not long ago, Dr. Joe...
Read more

The nostalgic Intellivision Amico console is delayed until 2021

The bright Perseids are perhaps the most popular meteor shower of the year. But if the last-quarter moon that will appear during the...
Read more
Space

Russia gearing as much as release moon project in 2021

Russia's Luna-25 spacecraft is starting to come together ahead of its planned launch next year.Last month, flight units of Russian scientific instruments were...
Read more
Space

NASA astronauts Bob Behnken and Doug Hurley returned from orbit with their senses of humor intact. NASA astronauts made a prank call! The duo splashed down...
Read more

‘three out of 10’ is a loose, interactive sitcom out lately at the Epic Video games Retailer

“Given the fact that this is a show basically made from start to finish in Unreal, you can see...
Read more
Technology